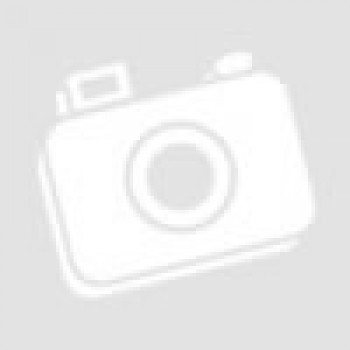 Qty:
Note:If you see blank page on BuyNow/Checkout, then Login to your account first!

The Original POPS A DENT (Pops A Dent) Kit will remove dents in doors, fenders, hoods and trunk lids quickly and easily without harming the original paint surface. Original POPS A DENT (Pops A Dent) is safe & professionally pulls out dents. The POPS A DENT Repair Kit is the easiest and most cost effective way to repair those ugly dings and dents from your any vehicle. This do-it-yourself repair kit is the one that professional auto body shops use. POPS A DENT will safely remove small and medium sized dings and dents on Cars, Boats, and Motorcycles. Dents and Dings Pops a dent out like a Magic. It s simple to use, In just 3 easy steps and POPS A DENT removes dents from hail, car doors, and more, without damaging the surface of your car. The POPS A DENT Repair Kit was developed and is used by professional auto-body repair experts. Now you can have this same dent removal tool right at home. POPS A DENT saves you money and is the economical alternative to costly dent professionals.

POPS A DENT Developed and utilized by professional auto-body experts

·  Unique patent-pending arched bridge design eliminates the chance for additional damage. Other systems without this design are known to actually add dents to the surface.

·  The bridge tool is designed with a flex-n-pull feature that allows the tool to flex as it pulls creating maximum pulling power.

·  Easily removes dents from hail, car doors, shopping carts and more without damaging the surface of your car. 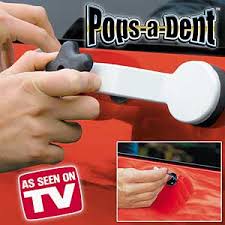 ·       Place a glue stick in the gun and pre-heat. Clean the surface of the dent. Apply an ample amount of glue to the Dent Pulling Tab.

·       Quickly apply to centre of dent and let cool for a few minutes.

·       Twist the Turning Knob, pulling the dent out, until the tab "pops" from the surface.

·       Repair Dents quickly and easily and save on costly repair bills. 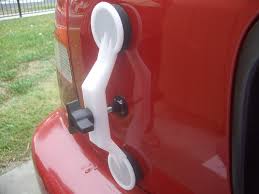 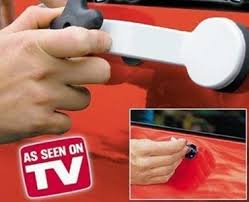 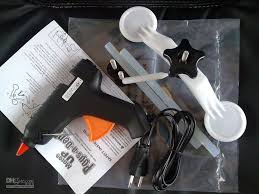 Will Pops-A-Dent eliminate my dent 100%?

It depends on the size and location of the dent. Pops-A-Dent works with excellent results however you will achieve the best results with smaller dents. For larger dents you must repeat the relocating the bridge in a clockwise rotation and repeat until you reach desired results. Choose a glue pad stem that best fits the size of your dent.

How long should I heat the glue gun before applying the glue to the glue pad stem?

Heat the glue gun with glue stick for no more than 5 minutes for best results. Use caution when handling glue gun and hot glue.

How long should I leave the glue pad on my vehicle?

Let the glue dry for approximately 3 - 5 minutes. The glue should be firm. Do not leave the glue pad on your vehicle for longer than 8 minutes. If you do not achieve desired results simply repeat the process. If you accidentally leave glue pad on car for longer than 8 minutes and the pulling bridge “bottoms out” (the glue gun does not “pop” off) simply apply slight pressure to left or right side of the bridge for release.

What if the knob is popping off prematurely after I turn the knob?

The ideal temperature range to perform your dent removal is from 65-85 degrees F. The car may be too cool and should be moved to a location that will meet the temperature range. Move the vehicle to a garage or use a hair dryer to heat the surface.

Will the glue leave a residue on my car?

Pops-A-Dent glue pads feature a patent-pending design which prevents glue residue from remaining on the surface of the vehicle. In the unlikely event there is a residue left on your vehicle or on the glue pad after removal simply use isopropyl alcohol to remove it.

Will the glue damage the paint on my car?

Pops-A-Dent is for use on original paint from vehicle manufacturers only. If the vehicle has cracked or chipped paint, applying glue and pulling the dent may cause additional paint to come off.

Will the pressure from the Pops-A-Dent bridge add dents to my vehicle or increase the damage?

Pops-A-Dent features a patent-pending bridge design which distributes the pressure evenly throughout the bridge preventing the risk for additional damage or dents.

What if the pulling bridge “bottoms out” and doesn’t pop the glue pad and stem off my car?

A2Z Trade Services is one stop destination for obtaining world class Products at one go. The company is proud to introduce itself as one of the promising Exporters, Importers, and Exporters of a dynamic range of Products. Right from personal care, home & office utilities to healthcare, we have products catering to every single need of our clients. Our product line includes Kitchen Appliances, Electric Appliances, Gas Water Heater, Raksha Kavach, Revive Tumbler, and so on.

If you have any question, please feel free to contact us. We need your feedback.

Note: HTML is not translated!

Enter the code in the box below: 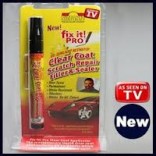 Let us make your life easier. Feel free to call us and Order on Phone.